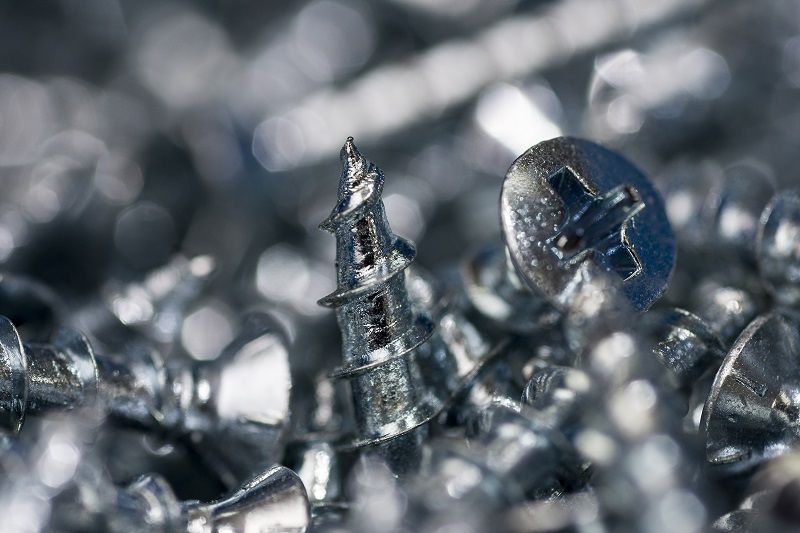 In the past, nails were used more often as fasteners, but screws – along with drivers and drills – have improved so much in the last few decades. There is such a wide variety of applications and finishes, they can now can be used for almost any application. We all know the miracle of a cordless screwdriver on just about any job! Here are some basics to guide you in picking the right screw for your next project:

Screws vs. Other Fasteners

Because screws are more structural than nails, there’s more resistance and won’t be drawn back out of the wood easily. This also means that they don’t need to be as long as a nail would be for the same function. Screws are generally made of carbon steel, so they’re harder than nails, and are great for situations when wood will expand or contract around them depending upon the humidity or temperature.

However, nails have sheer flexible strength, so where screws can be brittle and snap, nails can be bent without snapping. But most homeowners just can’t nail as properly as we craftsmen do, so it’s probably another factor to screws becoming more popular for basic house projects.

Glue is another great fastener, used more widely in woodworking, because it’s strong and leaves no visible fasteners. But you do have to wait for it to dry and then once it does dry, you can’t really take it apart.

Ultimately, screws are great time savers, which is probably the biggest reason for their increased use. Here are some basic screws that every craftsman should have in their tool box:

These are the standard screws meant for everyday wood projects. They usually have flathead with phillips drive.

This is the type of screw most of us have on hand. But just because you have a supply of them, don’t be tempted to use them outside! They’re meant for drywall only. They won’t work well for most other projects because they have thinner shanks, and much more brittle.

This type of screw is the favorite of many craftsmen. GRK makes a good one, made of hardened steel, and is rated for exterior outdoor use resisting the chemicals in pressure-treated lumber. It also eliminates the need for a pilot hole! However, this type of screw also is a but more expensive – maybe twice as much as regular wood screws. But you save time and frustration though, so it’s usually worth it.

The pocket screw is self drilling with a wide head, used in a hidden pocket pilot. It’s great for furniture when you don’t want the screws to be visible. You don’t want to use regular wood screws for this type of project, as they may go all the way through or split the wood.

They tap their own mating threads into the material, and are good for screwing pretty much anything into concrete, stone, and sometimes metal.

This screw is threaded along the entire shaft so there’s no point at the tip. It’s usually intended for going entirely through two pieces of wood with a bolt at end to secure them together.

The key here is to look for corrosion resistance. The best have a thin cut on the end that helps keep the deck wood from splitting. Stainless steel can work for decks and outdoor use too, but they’re more expensive.

TIPS: There are a variety of different size screw tips or points, so it’s important to pay attention and learn what’s best for the project you’re working on.

HEADS: A flat head has the ability to be flush with the wood, so it looks more seamless when you’re able to predrill a hole. A round or dome head will stick out, which usually works best for materials besides wood that you can’t sink the head into.

DRIVE: The 6-point star drive head tends to be better than Phillips or square (or Robertson) cut drive. The star design helps eliminate any driver slipping and can accommodate more torque.

The #8 inch-and-a-quarter screws are a really great standard one to have on hand for various projects. So stock up so you have them ready for those last minute jobs!

If you’re looking for a job with good pay and benefits where you can use your screw knowledge on the regular, call us at Madden today. We’re always looking for talented craftsmen like you.