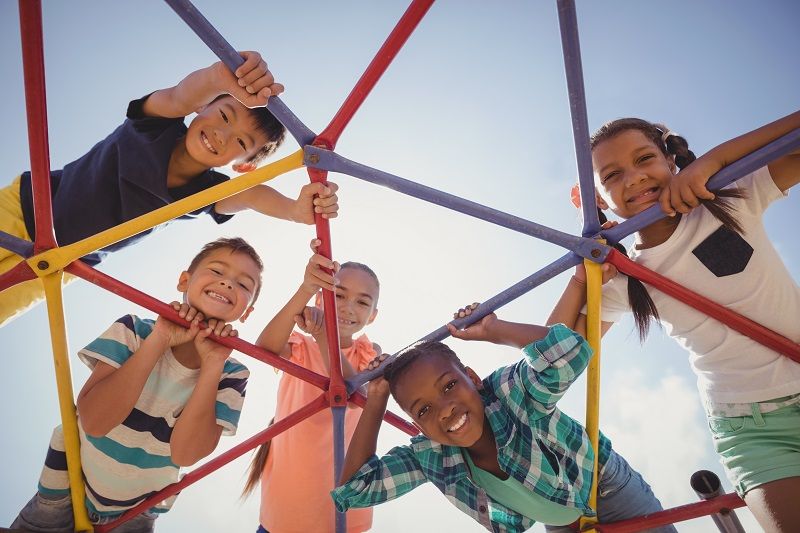 It’s no secret that obesity has become common in the United States, especially among children. Estimates show that around one-third of American children are overweight.

Technology has produced many benefits for society and has made the world a much smaller place. Internet commerce has made it easier for people to buy and sell goods and services across international borders. However, it has also had other unintended consequences.

The static lifestyle associated with being in front of computer screens, large televisions and even our own cell phones has caused Americans to sit much more than the human body was ever intended to do.

Although this may be seen as a problem, Spencer Rubin sees it as more of a challenge to overcome.

Rubin is the Head Coach/President of Fit-Play-Fun. It’s an effort to encourage children and adults alike to “Get Up. Get Out. Get Moving.” He characterizes it as “re-branding physical activity in the digital age.”

Technology isn’t solely responsible for American children not being in as good of shape as they should be. Poor nutrition and diets are certainly also part of the equation. However, Rubin said an active, healthy lifestyle can be a key part of combatting those ill effects.

“We need to move our bodies,” he said.

An overall lack of activity can be linked to increased instances of mental issues, including anxiety and depression. Staying active causes the human brain to release more neurotransmitters, which makes people healthier, both mentally and physically.

Aside from the physical and mental health effects, technology has also lead to social disengagement. That may seem ironic, given the advent and popularity of social media, which allows people to expand their personal and professional networks. But it’s also caused a decrease in the kinds of direct, face-to-face interactions that have helped shape humanity for thousands of years. According to Rubin, programs like Play-Fit-Fun have the ability to enhance participants’ relationship and community building abilities. As such, Play-Fit-Fun benefits the community at large.

Rubin said that the ages of 8 through 12 are critical for child development, as that is the time when people can start healthy habits they will stick to for the rest of their lives. The physical release of dopamine (and other neurotransmitters) in the brain, combined with the forming of good habits, can help children build confidence. They can use that confidence to eventually become more employable as adults.

“The benefits are far-reaching,” Rubin said.

Play-Fit-Fun is comprised largely of camps and programs held before and after school and on national holidays. It even has special events like the Kids Olympiad that further challenge children to reach their true potential.

Rubin said the program is constantly hiring coaches to help run the after school programs.

Play-Fit-Fun is working closely with Madden Industrial Craftsmen to bolster that personnel recruitment and ensure that only the highest quality coaches are selected.