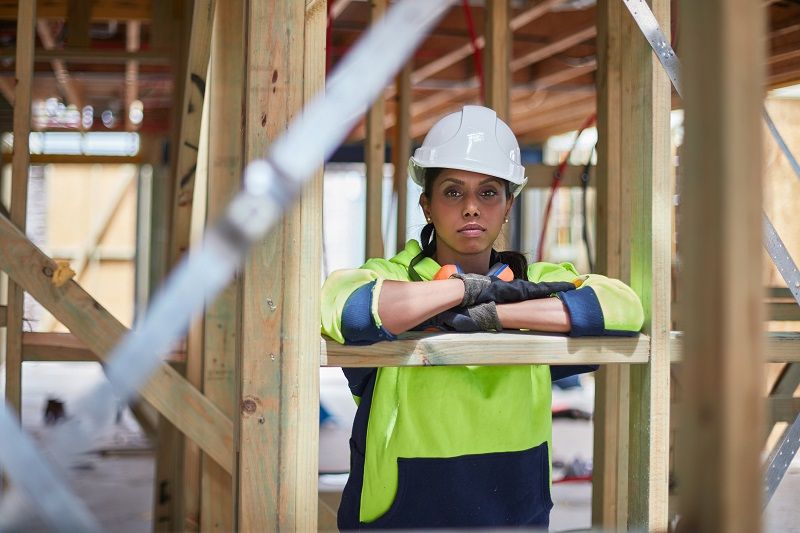 Nationwide, only about 7% of the trades are made up of women, and in Portland, OR, it’s only slightly higher at 9%. Many women haven’t traditionally considered a job in the trades, largely because there’s not a lot of examples in popular culture that depict female construction workers, truck drivers, and other blue collar jobs. However, more and more women are discovering the advantages and rewards of getting their hands dirty. If you’re a woman interested in a career to the trades, here are some great reasons why we’d like to encourage you to consider it:

In the past, harassment and discrimination may have made women less likely to thrive in in the industry. But that is thankfully changing, due to the plethora of organizations that exist primarily to help women succeed in the trades. From The National Association of Women in Construction to the Western Resources Center for Women in Apprenticeship, there’s easy access to a variety of resources that give women education and community support.

Because there’s a significant labor gap in the industry, the demand for work in the trades is extremely high – and projected to keep growing for the next several years. In fact, construction is one of the fastest-growing industries in Oregon, and should grow 22 percent by the year 2024! This means that women can easily find good steady work if they are willing to get the training they need.

Yes, women have traditionally made less than men working at the same job – and make about 68% of men across all sectors. But the gap in pay is much smaller in the trades – full-time female workers make 82% of what men make! And with the industry demand increasing, the overall average pay is going up too! This bodes very well for women who are looking to the trades for work.

Women appreciate flexibility almost as much as pay, especially if they’re moms who have to juggle family and work responsibilities. Most of the craftsmen and women we place are able to choose the kind of work and projects that fit their needs – whether it’s short-term or long-term, temporary or permanent placement, and more. Temporary work, in particular, sometimes offers the best ability to control their schedules around commitments at home.

Like men, many women are attracted to the trades for the satisfying work with their hands, and clear results of their effort when the project. Plus there’s new excitement and innovations that are creating a need for more kinds of workers who understand technology – giving women even more opportunity!

As you can see, women can have a lot of success working in the trades too! If you’re a woman with interest in the trades, you might be interested in our registered apprenticeship program, done in partnership with PCC. Call us at Madden with questions and we can help guide you to getting the training you need!