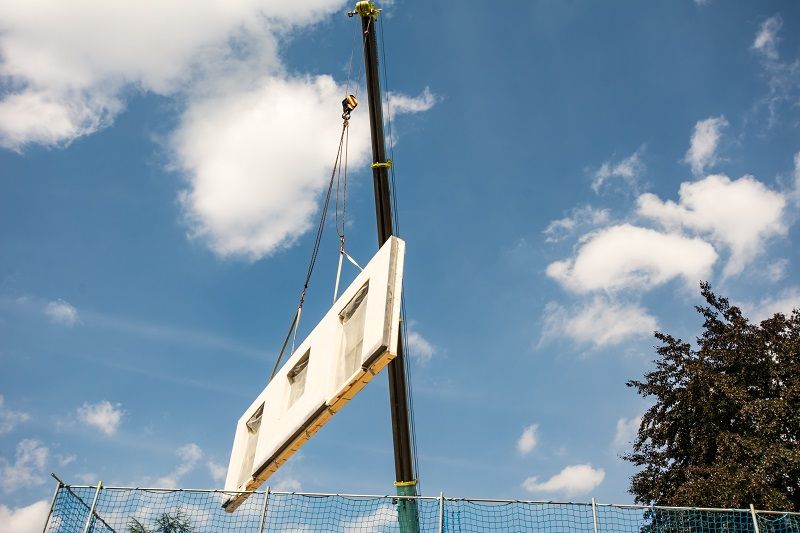 In the late 20th century, this type of construction was more frowned upon, and the segment took a downturn. But with technological advances and other benefits, the higher quality and customization has made it increasingly popular in the last decade.

Now almost 40% of low-rise office buildings worldwide have modularly constructed elements. In fact, last year in Dubai an office building was 3D printed in just 17 days off-site, and then assembled and built only 2 days on site! Home builders, however, have been slower to incorporate modular construction, with only 2% of new single-family homes that have used modular techniques. But it’s expected to grow – going from a $106 billion dollar market in 2017 to an estimated $157 billion in 2023! Here’s why this is a trend that’s not going away:

The demand for more housing, combined with a shortage in trade labor, has forced builders to become more creative in finding ways to make building more efficient. Prefabrication and modularization has helped to alleviate that gap with at a time when it’s really needed!

Prefabrication is considered to be extremely more eco-friendly. Inventory and supplies for multiple projects are delivered to one location, and one after another can be built in that spot. Scraps and leftovers are more easily used because of this as well, which eliminates waste. The materials used also tend to be lightweight, reducing environmental impact.

You can produce more in one spot, so it gets done in less time, with significantly reduced site disruption because of the off-site efficiencies. In fact 66% of prefabrication and modularization users say that their project schedules decreased, and 35% said it was by 4 weeks or more!

With all of the efficiencies, it makes sense that the cost goes down. Because there are multiple builds done in a warehouse all at once, bulk buying for supplies is feasible – which ultimately leads to discounts. 65% of users say their budget went down due to modularization or prefabrication, and 40% specified that amount was decreased by 6% or more.

The modular and prefabrication construction segment is expected to grow, but unfamiliarity with the options and process will be the primary obstacle to its adoption. If you need skilled craftsmen to help you with a new modularization or any other type of project, Madden Industrial Staffing is here to help you find the talent you need. Give us a call today, and we’ll match craftsmen with the skills you’re looking for!