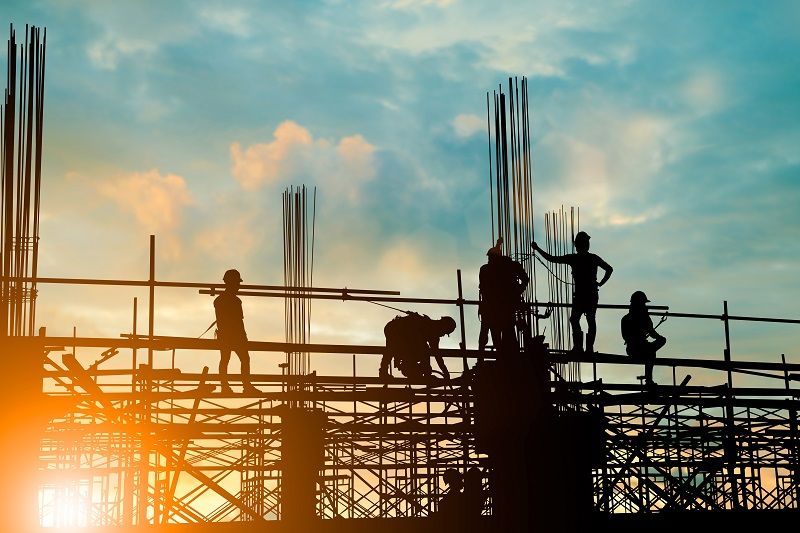 The construction industry has been around for a long time, and makes for some really strange, fun, and interesting facts. Here are a few that you may not know:

Concrete is the most used material.

In terms of volume, concrete gets used the most in the world. This actually goes back to Ancient Egypt! Unfortunately, it has also been known as one of the most environmentally unfriendly. However, that’s been changing thanks to great innovations that have reduced their gas emissions. There’s also now pollution-absorbing cement, and one company even created a concrete that is green AND literally green in color from using blast furnace slag in it’s production, which has the same color.

The famous “Lunch Atop A Skyscraper” picture is real.

There was some debate about this picture from 1932, showing 11 men eating lunch on a beam from the GE Building. One of the big reasons for the controversy is that the photographer was unidentified until recently in 2003! The picture, which was originally used for a commercial poster, became a famous icon and had been recreated with well-known actors in the late 20th century. It turns out that the original picture incredibly had no alterations or darkroom tricks made to it!

Craftsmen in Illinois get paid the highest.

Taking into account the cost of living in each state, Illinois was ranked #1. Washington state was ranked #6 and Oregon at #31. The adjusted annual salary ranged from $25K to $55K – quite a range!

Women earn almost as much as men!

Although there’s only about 9% of workers in the US construction industry that are women, they do earn closer to what men earn, on an average.

Most fatalities occur because of a fall.

It’s no surprise that training for safety is crucial. As the demand for craftsmen has gone up, so has the injury rate. Falls are by far the biggest risk, and result in death 4 times more than other fatal incidents.

The world’s smallest skyscraper was a con.

Back in 1919, a contractor named JD McMahon raised $200K from investors to build a skyscraper in Wichita Falls, Texas. He apparently never verbally stated what the planned height of the building would be, although the blueprints showed 480” (inches). His investors apparently never caught on, and thought they were getting a tall 480 foot – not 40 foot – skyscraper!!

One interesting, but certainly not useless, fact about Madden is that we are proud to provide the most qualified skilled industrial craftsmen to employers that build our world.