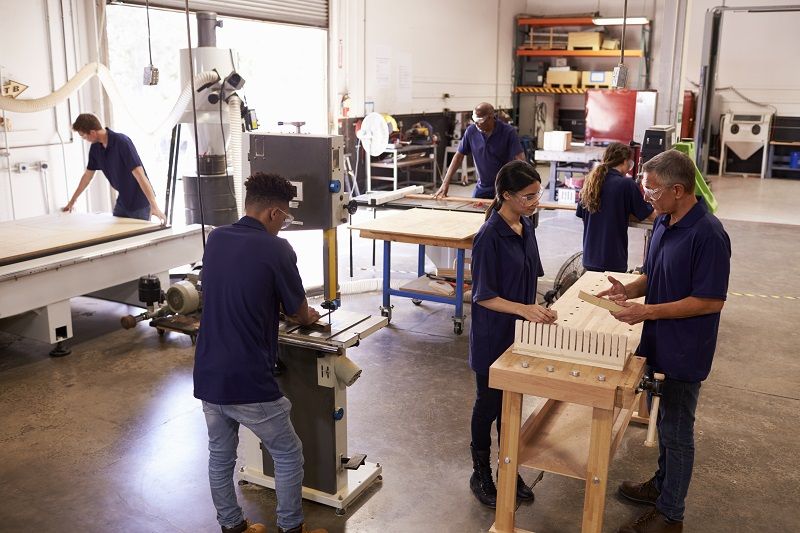 The Labor Gap has continued to affect our industry, and seems to be only picking up momentum with more and more young people being taught to look down on the trades and go to college instead. In fact 64% of Millennials said they wouldn’t even consider working in construction if you paid them $100,000 or more, according to XYZ University data. However, Generation Z, those born from 1996 – 2009, might be our best opportunity to reverse the trend of labor shortages and declining interest in the trades. Here’s why, and how to adjust your recruiting efforts to attract them:

84% of Gen Z students have said they plan to attend college. However, don’t misunderstand this large percentage – because they don’t have the same hangups about the trades as Millennials do. There’s indications that show they’re likely interested in a traditional college primarily because they want a more stable route from their education to predictable income. This is our chance to show Gen Z that the trades are potentially a better return on investment than college, especially with college costs rising. And start recruiting them younger, because they’re searching for practical career options earlier than ever before.

Gen Z is highly interested in more pay, because they grew up during and right after the recession, and remember it’s impact on their family. They want to ensure that they don’t have a secure high income.  Emphasize with them that the Labor Gap has created a such high demand for skilled labor that it’s pushing the average pay up to the level of many White Collar jobs. Some have predicted that a job in the trades may be more lucrative than a doctor or lawyer in the near future!

58% of Gen Z said they want to start a business someday, and 14% already have started one! They are much more entrepreneurial minded, and – thanks to the internet – it’s easier than ever for the to do so! Show them how a careers in the trades can give them a path to reach that goal of owning a business. As soon as they have completed their Journeyman and/or apprenticeship program, start talking to them about whether that’s something that they’re interested in! Give them opportunities to cultivate their leadership right away, and help them develop a succession plan to get there.

Gen Zers were brought up with a phones as a toy! They understand technology, and like to use it. Make it easy for them to use their mobile device to apply, and utilize video for interviews or even applications. And don’t forget about how your brand appears in social media – as they will definitely look you up there. But also remember that their heavy use of tech could mean their interpersonal communication skills could be enhanced. Keep it in mind during interviews and also help them develop those skills after you hire them. And now with the industry changing so quickly, we need craftsmen who are more technologically savvy, so show them how you need that, which will help attract Gen Z to the trades.

Gen Z is more familiar than any generation with the concept of the gig economy, having multiple streams of income, and working independently. They want the flexibility to work from home or anywhere they want, and don’t want to have a traditional 9-5 job schedule. Working in the trades gives them the opportunity to be hired by project, short term or long term, and Madden Staffing can help you take advantage of this even more, if you’re not already.

Recruiting more of Gen Z into your business will help us to get rid of stereotypes about working in the trades, increase the pool of workers with vocational skills, and grow your business! Contact us if you need more help with recruiting and hiring craftsmen for your next building project.