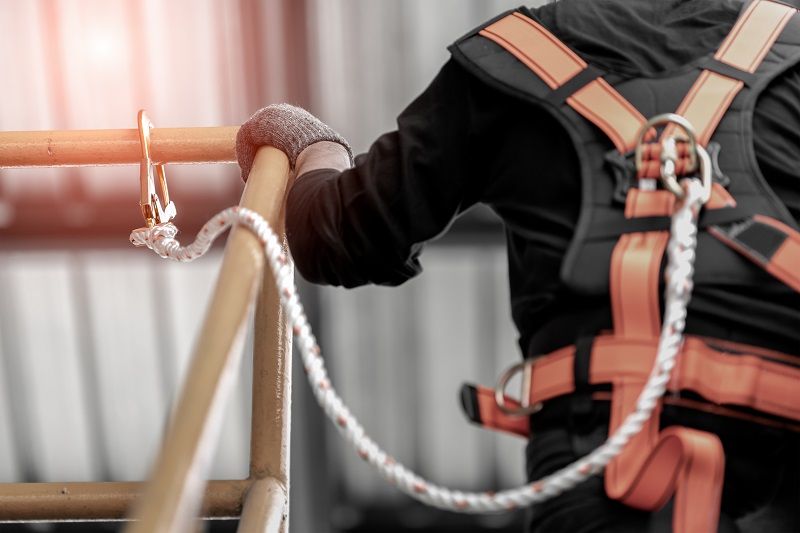 Construction has long been known for being one of the most dangerous industries to work in, which is a big reason why safety is always a priority in our training for our Craftsmen. Of over 5000 private industries, Twenty percent of worker fatalities last year come from the construction industry! And, unfortunately, there have been some high-profile accidents recently. You may have heard of the crane accident in Seattle on a Google jobsite last year, and there was also a partial collapse in New Orleans at the Hard Rock Hotel. Now, just this year already there was an incident where 2 beams fell on a manlift, injuring two workers who were working on the Bryant-Denny Stadium in Tuscaloosa, Alabama – and in a separate tragedy, an ironworker was killed while working on the 1.5 billion Amazon Air project in Cincinnati. The risky nature of construction has led to some really innovative solutions, which we hope will become more common and used by employers like you! Here are some of the few that are getting:

You’re probably aware of the benefits of heated jackets, but now companies like Ravean are making them rechargeable with Lithium Ion batteries that keep them warmer longer. This means that your craftsmen can wear them for greater periods of time, and they can even use a vehicle to recharge them!

Microsoft’s HoloLens certified eyewear has allowed project managers to overlay 3D building plans over a job site at scale, which means they can see if plans for the site will work before building begins – and parts can thus be adjusted before they arrive on site. Now with the more recent release of HoloLens 2, Trimble partnered with Microsoft specifically for the construction workflow, giving contractors better productivity by taking out the amount of rework that happens in construction.

Serious Labs was recently awarded for their ESP Scoring innovation, which uses machine observation of a trainee’s behaviors to objectively provide a detailed assessment of their abilities and safety on a jobsite. The scoring evaluates in terms of a craftsman’s efficiency, safety and proficiency – all of which work together to indicate the productivity and overall health of a jobsite.

The construction wearable Smart Cap monitors brain waves to prevent fatigue and micro-sleeps on the job. Craftsmen are fitted with a Smart Cap hat or hard hat, which detects if a worker starts to go to sleep and then alerts the wearer with noise and vibrations to let them know they should stop what they’re doing. This ensures your craftsmen are awake and aware on the job site. There’s also an option to give supervisors the ability to be alerted when a worker is falling asleep too, and get them to a safer place to wake up before any accidents occur.

Sport-R Clips by Triax Technologies are clip-ons for craftsmen that allow construction managers to identify and locate workers on a job site, and the ability to see who is using specific equipment at any given time without having to physically check. The Spot-R clips have a built-in gyroscope that shows supervisors where they can find someone that has tripped or fallen. Workers can also send a signal themselves with a push-button to alert someone if they’re injured or in a dangerous situation.

Whether you or your craftsmen utilize any of these new safety innovations, we know that you’ll save yourself thousands of dollars and lives by putting safety as a priority in your training and operations. If you need any help with safety training – or finding labor for your next quote, estimate, or proposal, contact Madden Staffing, we have access to talented craftsmen who are looking for work right now.