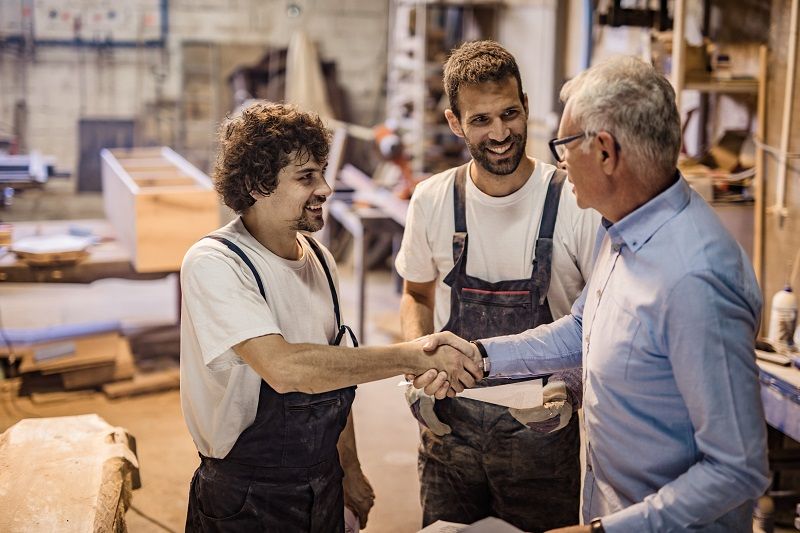 With craftsmen in high demand, it may feel like you can’t afford to fire anyone on your team. They’re going to be difficult to replace, and you’ve probably spent some time and money training and coaching them. However, you may miss a huge opportunity if you do nothing. An employee with negative attitude can be poisonous to your entir

It doesn’t mean that you should fire them yet, however. You may be surprised what you can do to influence them to improve behaviors and get them re-energized again. They key is to look at some indications that they’re willing to contribute at a higher level. Here are some ways to tell if you should give them another shot to improve:

They respond to your feedback.

Give them specific feedback to change something you’ve seen them struggling with. Or give them new approaches to a task, and see how they respond. For example, give them specific instruction of how they need to take more precautions to be safer on the job, and tell them to report back on one thing they did and if they felt it made the job safer. Ask them for their thoughts on how safety can improve further. It’s a good sign if they’re responding quickly and making an effort to improve.

Playing the blame game isn’t helpful in any environment. Do they get defensive when you point out areas that need to improve? Are projects consistently being held up because they’re “waiting on” someone else? Motivated employees take responsibility and figure out how to get the job done. They’re willing to listen and admit that they can and want to improve.

There’s usually a lot of promise in someone if most of their fellow craftsmen respect and say good things about them. They might need better habits, or a little improvement in their safety or communication and job skills, but they’re already halfway there if they’re thought of highly amongst peers and/or supervisors. It’s worth a closer look to see what can be adjusted to get them up to speed again.

One of the biggest indicators that it’s time to let someone go, is when you can tell they’ve become apathetic and just don’t care anymore. If they’re constantly late, complaining, and don’t seem to have any self motivation, then it just might be time for them to go. On the other hand, if they are pointing out problems, consistently giving suggestions, and even critiquing the way things are done, it might feel like they are being negative when really it’s just because they want to contribute to progress and growth.

You haven’t yet warned them.

Nobody should be shocked that they’re being fired! Unless they’ve done something to warn immediate termination, you haven’t done your job as their manager or employer by letting them go without any kind of chance to improve. Make sure to give them some sort of written warning at least 30 days in advance. You may be surprised that that’s the little nudge they needed to improve. And don’t set them up to fail, that just makes your organization look bad. Give them a real chance to turn things around. You can always let them go later if their performance declines again in the future.

Overall, it may be worth it to fire a craftsman if they are bringing the whole team down. If you’ve unfortunately decided it’s time to fire someone, and need to rehire more motivated people to your team, call Madden Industrial Staffing, and we’ll help you find the craftsmen you need.