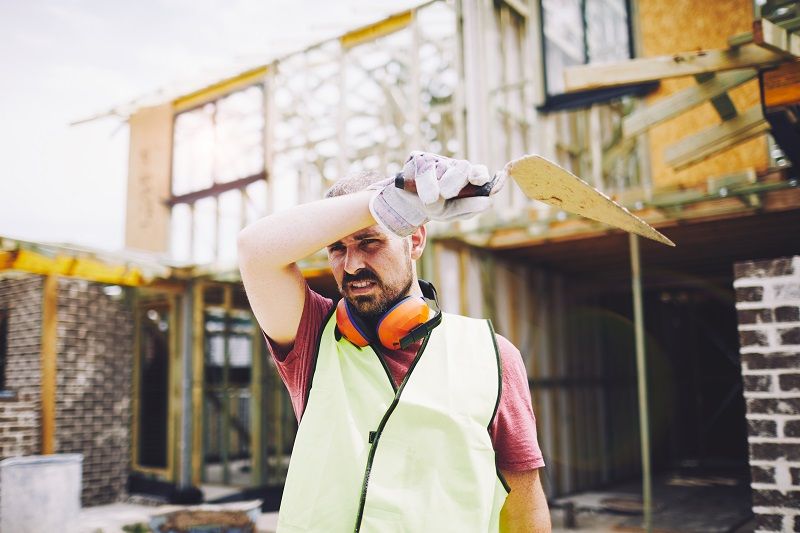 The national suicide rate is at a 50-year high, climbing 33% since 1999, recently at an estimated 25,000 Americans dying by suicide in 2016 alone. Men who work in construction are the biggest segment of that group, with the highest suicide rates in the country, according to Center for Disease Control and Prevention (CDC). (Reed more here ). As we here at Madden have become more aware of this, we’ve been working with local experts and organizations to help craftsmen who find themselves at risk. Here are some of the things we have discovered, so that you too can help your team in a time of crisis.

Why we’re at risk.

Some of the reasons that men in construction are at a higher risk for suicide is because they are in a competitive, high-pressure environment. Even though the labor gap may provide some sense of job security, the work day is filled with activities that require a lot of mental and physical attention in order to stay safe. There’s also a common pattern of furloughs and end-of-season layoffs, which can cause an unstable base of income for ongoing home finances. And it’s not unusual for building projects to lead to separation from family. Studies show that there’s a relatively higher prevalence of alcohol and substance abuse among this segment as well, which may partially be a result of these other factors mentioned.

If more of us are aware of the signs, we can watch for signs to help prevent suicide. We encourage you to train your supervisors to look out for the signs from their craftsmen while on a job site. Friends & Family of construction workers can also help with the same thing! Creating a support system to raise awareness can save lives.

Signs to look out for:

Here in Portland, Lines For Life  is the suicide and substance abuse prevention nonprofit that Madden is involved with. You may have read about them in the news recently when the Portland-based Naito family donated 1 million dollars to them. They also have volunteer opportunities if you’re interested in getting involved with us.

Because veterans are also at high risk, two years ago Lines For Life was awarded a $3.4 million contract to serve as the sole backup center for the national Veterans Crisis Line. In Oregon, veterans account for a quarter of all suicides! At Madden, we’re a huge advocate for veterans, and encourage you to consider hiring them too.

If you’re worried about someone on your team, Madden can help point you in the right direction for the support you might be seeking. We also suggest posting the Lifeline phone number somewhere in the office, or maybe even on your website or email communication, to make it easier for your craftsmen to access if they are in need. Feel free to give us a call if you want more information on this issue. And of course, we can help you find craftsmen when you have job openings as well.