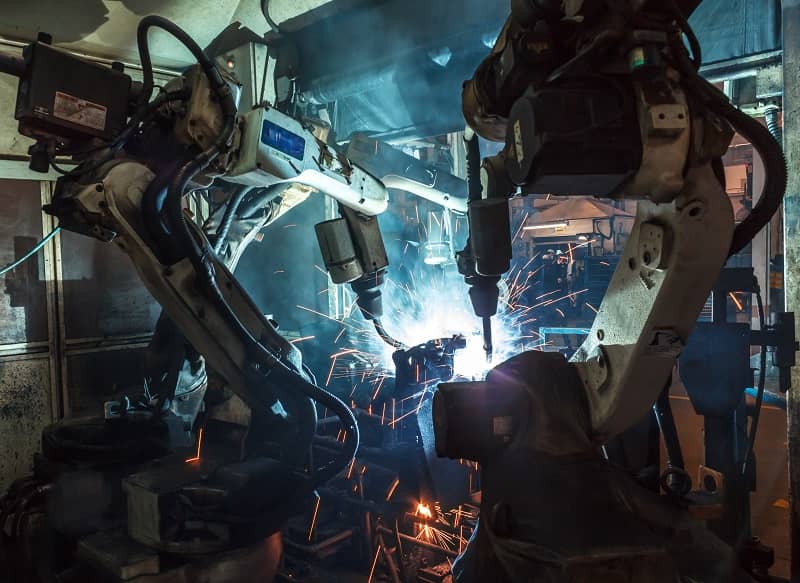 With the ongoing labor gap, innovations in construction robotics have been on the rise! Beyond helping with the shortage in manpower, robots have also shown to help with efficiency and safety in your construction projects. And while some people fear that robots will replace humans, we know that it only gives more room for the creative and innovative work of highly talented craftsmen – especially because they are so great for the monotonous work. It’s one of the reasons we here at Madden Industrial Craftsmen sponsor a local high school robotics team that’s building and competing during the regular school year. Here’s some of the more recent innovations that have been applied in construction recently:

GE Research set about to create a robot that could dig and tunnel in the earth, mimicking the agility of earthworms moving through soil and soft rock. They wanted it to be able to make sharp turns, squeeze through tight spaces, and also be able to pick up and move objects of all different shapes and sizes. It’s a soft robot design, meaning that it has more freedom in movement similar to an octopus that can get through confined spaces with no bones – while still having ability for great force. They’re still working on refining the prototype, but ideally they want it to dig a tunnel that is 500 meters in length, moving at a speed of 10cm/second!

The Husky A200 looks like a cute mini 4-wheeled jeep, which was designed by Clearpath to carry loads on rough terrain. You can see how it could help construction crews carry tools and materials around a jobsite, which is why engineers from the Fraunhofer Italia Innovation Engineering Center that are working on a way to adapt the Husky A200 to do that while interfacing with BIM systems.

Many of us have heard of SAM, which stands for Semi-Automated Mason. SAM can lay about 3000 bricks per hour, which is many times faster than the average mason working by hand! There’s also the Hadrian X which has broken its own record of laying 200 concrete blocks per hour, and can lay bricks in a dry pristine formation – and it can also mortar as well. MULE is another robot innovation that is more specific to handling and placing heavier material – up to 135 lbs on a construction site! All of these help a mason with monotonous tasks, reducing fatigue and increasing productivity.

Developed by Boston Dynamics, their 4-legged robot dog is controlled by an app that walks around job sites capturing 360-degree images. Using laser scanners and other cameras, Spot allows builders to autonomously record the progress of construction digitally over length of the project. The robot dog is designed to patrol preprogrammed paths through difficult terrain, and give up-to-date images instantly for the team. While this kind of record is generally done on average by most companies on a weekly basis, Spot gives the ability to capture images around the site once or twice a day – without interrupting craftsmen during their work!

Because robots are usually pretty stiff and generally only controllable at specific joints, some researchers at University of California San Diego started looking at ways that robots could move faster on uneven terrain. They found that by wearing coffee grounds on its feet, a commercially available robot is better able to travel on a variety of surfaces including slopes, pebbles, wood chips, and regular flat terrain. The pressure pushing the coffee grounds together when the robot steps make for better gripping before the robot leg is lifted and the grounds loosen once again, All of this allows for it to move at a much faster speed.

If you’re looking for craftsmen that can help you run or supervise your robotics or any other skill for your next building project, contact us at Madden Industrial Craftsmen. We’ll match craftsmen that have the talent, experience and training you need for the job.