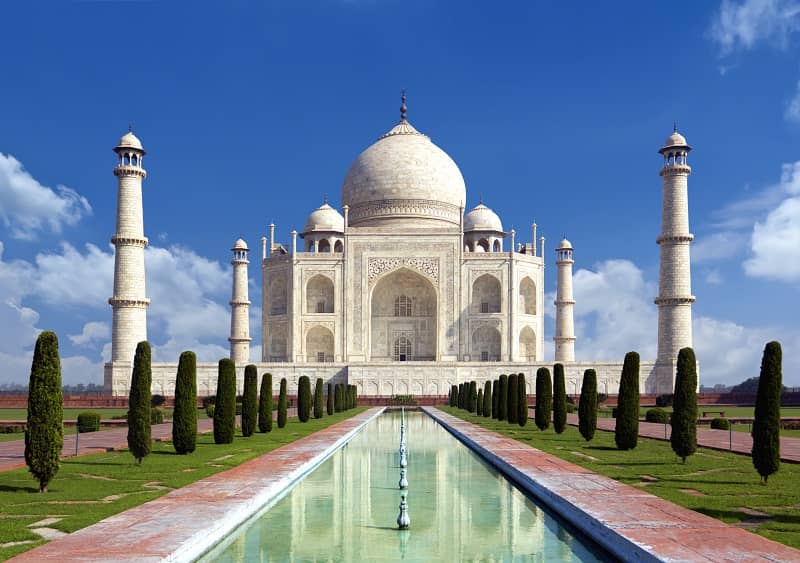 Construction isn’t an easy profession. It demands highly specialized skills, expert knowledge, and superb problem-solving skills. There’s a good reason craftsmen should be proud of their achievements. They have every right to be! When admiring the jaw-dropping achievements of these modern-day geniuses, it’s easy to forget that this practice has a long and colorful history. Although there are countless impressive feats of early construction that stand out for their time period, there is a handful that has earned a reputation as the most impressive marvels of the ancient world. These construction wonders still have experts scratching their heads in disbelief.

Motivation plays an important role in the construction process as it defines the purpose and meaning of a particular project. In the case of the world-famous Taj Mahal, grief was the driving force behind the artistic endeavor. After losing his beloved wife, Shah Jahan commissioned three renowned architects to lead a team of talented craftsmen. While most ancient construction marvels stand out for their sheer size, the Taj Mahal is recognized for its majesty, intricacy, and sheer beauty. With delicate minarets and white marble giving the Taj its characteristic appearance, this historical monument looks more like a life-size art installation than a memorial.

There are many examples of well-preserved colosseums that prove the construction prowess of the ancient Romans and similar civilizations. However, none capture the advanced vision and stunning skill of Roman craftsmen quite like the Colosseum in Rome. Standing at an impressive 159 feet with a capacity of 50,000 to 80,000 spectators, this marvel of construction was the largest amphitheater in the world during its heyday. The fact that the colossal structure was built in 70 A.D. really puts things into perspective. It might not hold intense gladiator fights like it used to, but everyone can still appreciate the fine craftsmanship that has since become a staple of the Roman skyline.

At first glance, the iconic Stonehenge looks like nothing more than a group of precariously placed rocks. However, this unimpressive image is instantly transformed into utter disbelief upon the realization that these multi-ton boulders were cut, moved, and stacked more than 5,000 years ago. If that wasn’t impressive enough, these gigantic stone structures line up perfectly with astrological events such as the midsummer Sunset and the midwinter Sunset. Yes, that should be completely impossible with the limited technology humans had at the time, but ancient craftsmen clearly found a way to make it happen.

The Great Pyramids of Giza

The Great Pyramid of Giza is the most famous seven wonders of the ancient world, so it’s no wonder this construction marvel makes our list. While other civilizations were satisfied with a small memorial to honor their great leaders, the ancient Egyptians built the world’s most awe-inspiring crypt. Designed as a burial site for Pharaoh Khufu, the Great Pyramid of Giza features 2.3 million stone blocks intricately positioned. What would be considered an engineering and construction feat in the modern-day was completed around 2,500 B.C. This iconic pyramid stands at an impressive height of 481 feet and held the title of the tallest building in the world for 3,800 years after its completion.

The Great Wall of China

No discussion of ancient construction marvels is complete without mentioning the Great Wall of China. Although it can’t be seen from space despite what popular knowledge might suggest, this stunning structure. Reaching a total length of 13,170 miles, the Great Wall is over half the length of Earth’s equator. As a testament to its wonder, this feat of human accomplishment sees over 15 million visitors a year. With over 400,000 estimated casualties during its construction, the Great Wall’s project manager could have used a modern safety checklist.

As all project managers understand, the real driving force behind a fantastic construction project is talented craftsmen. If you’re struggling to find the right professionals to handle your projects, the staffing experts at Madden Craftsmen can help. Contact us today to learn more about our recruitment solutions. Let’s build something together.