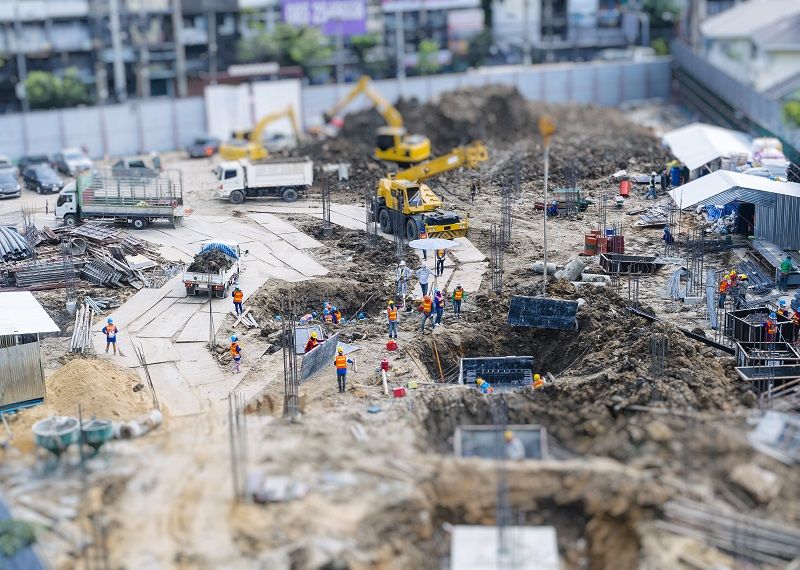 Just last year, a gold vodka bottle, meant to be a collector’s secret, was found near a construction site in Charlottenlund – a Danish suburb just north of Copenhagen. It was turned over to the authorities in worn condition with dents, completely empty. The bottle was created by Dartz Motorz, which is a car manufacturer in Riga, Latvia, and had been on display in a bar in Copehhagen before it was allegedly stolen.

Worth over 1.3 million dollars, the “most expensive vodka bottle in the world” was made of almost 7 pounds of gold and a diamond encrusted cap, decorated with an original ribbon from Dartz Mortorz’ first Monte Carlo rally car. It is so unique that it was featured on the third season of the Netflix series “House of Cards.”

In late 2015, at the construction site for a new hotel in Old Town Alexandria in Virginia, an 18th century vessel was found under the ground. Archeologists were able to excavate a partial hull of the ship with timber remains that stayed in tact from the frame, stern, and flooring. They believe it was a Revolutionary-War era ship purposely sunk between 1775 and 1798.

One of the most fascinating finds was right here in Oregon. When they were expanding the football stadium at Oregon State University in 2016, they uncovered bones from a 10,000 year old mammoth. One of the bones was a 5-foot long femur bone!

First discovered in 1996 by a group of children playing near the construction site, the Chinese city of Heyuan has since unburied over 17,000 fossilized eggs in the area. In a more recent unearthing from the same region, 19 of the ancient eggs were completely intact so they were able to determine that they were oviraptorid and duck-billed dinosaurs – from over 89 million years ago!

Almost 30 years ago, the government seized famous drug lord Pablo Escobar’s home in Miami Beach, Florida. The new owner was tearing down the house in 2016 for a rebuild, when they discovered a gray-colored metal safe. It was grabbed with an excavator’s claw and later removed from the site. The safe was still locked and the owner never revealed the contents to the public, or if they are even known.

We can’t promise you you’ll find such unique contents at your next construction site – but if you’re looking for a unique job, call us at Madden to connect you with employers that are a good fit for the position or training you seek!