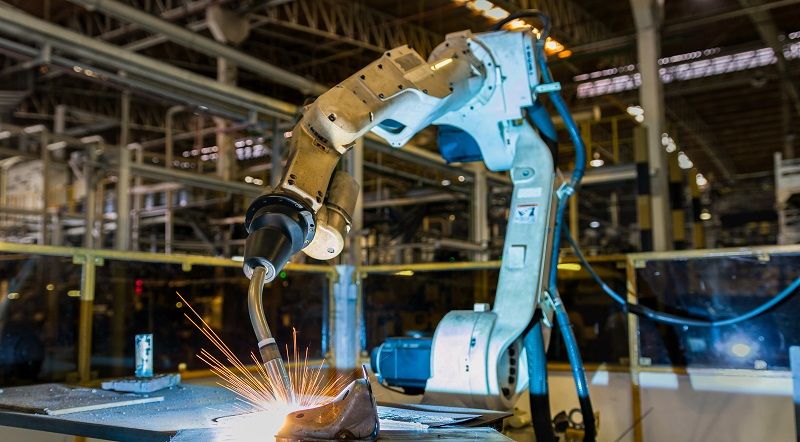 Construction is one of the most dangerous occupations in the world, so we’re always keeping an ear out for new innovations that can make job sites safer. In many cases, using robots is a great solution to this because it can be more efficient and also less risky. With the labor shortage, robots are even more welcome than ever.

At Madden, we’re supportive of new technology helps our clients operate better, safer, faster, and cheaper – which often leaves some of the most creative work for the craftsmen. In fact, we sponsor a local high school robotics team that’s building and competing! It’s a growing trend in the schools, as well as our industry. Here are some specific ways that robots have been used and tested in construction recently:

New York based Construction Robotics has a bricklaying robot called SAM, which stands for Semi-Automated Mason. It can lay about 3000 bricks per hour, which is many times faster than the average mason working by hand.

Built Robotics is a company that builds bulldozers, excavators, and other construction vehicles that can be implemented without human operator. These vehicles have sensors with the automated driving capability, so that they’re safe to use around workers and other equipment.

Most robotics aren’t as human-like as depicted in the movies, but there are some recent developments that were shown off at the DARPA Robotics Challenge Finals, where humanoid robots performed tasks such as driving down a dirt road or use a small hand saw to cut a circular hole in a plaster wall.

Robotics are being used to construct floors, walls, and roof panels offsite at Blueprint Robotics. These panels contain many building components include insulation, windows, doors, plumbing, and even electrical. They’re then assembled together on your foundation and completed much more quickly than traditional building methods.

Drones from Silicon-valley company Kespry are being used to survey huge acreage sites in less than an hour, where the average worker would usually take over a day to complete measurements. They can then take the data and convert it into 3D maps of the area.

The consensus seems to be that robots will mostly be used to do things that are monotonous or dangerous for humans, tasks that we don’t want or aren’t able to do. Most jobs won’t be completely replaced – robots still require humans to supervise, evaluate, measure, and operate. We’ll help you find the best talent, and can offer advice and resources to keep them safe too.